This article is replicated from Policing Insight, 27 July 2022 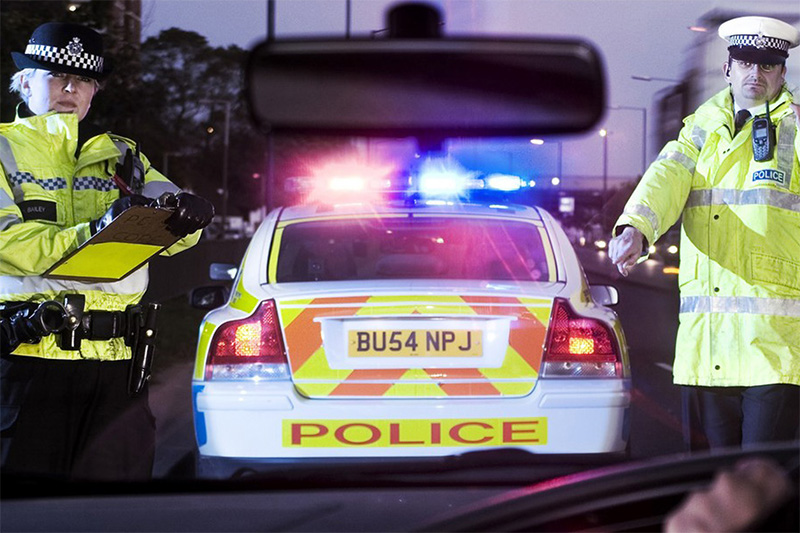 While the Covid lockdown prompted a significant drop in traffic and road casualties, the post-pandemic figures reveal a sharp increase in both; Charlie Norman, Managing Director of Drivetech, believes now is the time for a reset on road safety, and for the recommendations in the Police Foundation’s recent roads policing report – including road safety to be a Strategic Policing Requirement, and the creation of roads policing secretariat – to be put into practice.

As a road safety professional, it was disappointing to read the latest data to emerge from the Department for Transport outlining casualties and deaths on Great Britain’s roads in 2021.

“The increase in the number of seriously injured road users during the same period was even more alarming, with a 14% rise in 2021 to 25,739.”

Many had hoped that the behavioural changes that we had seen during the pandemic – when traffic levels fell significantly, and so did casualties – might have continued.

Yet the statistics tell us that casualty figures have headed sharply back up in line with increased traffic volumes. The chart below shows the year-on-year figures reported by the DfT; while 2021 saw road traffic in the UK increase by 7% from 2020, road deaths also bounced back up by 7%, with 1,560 losing their lives. 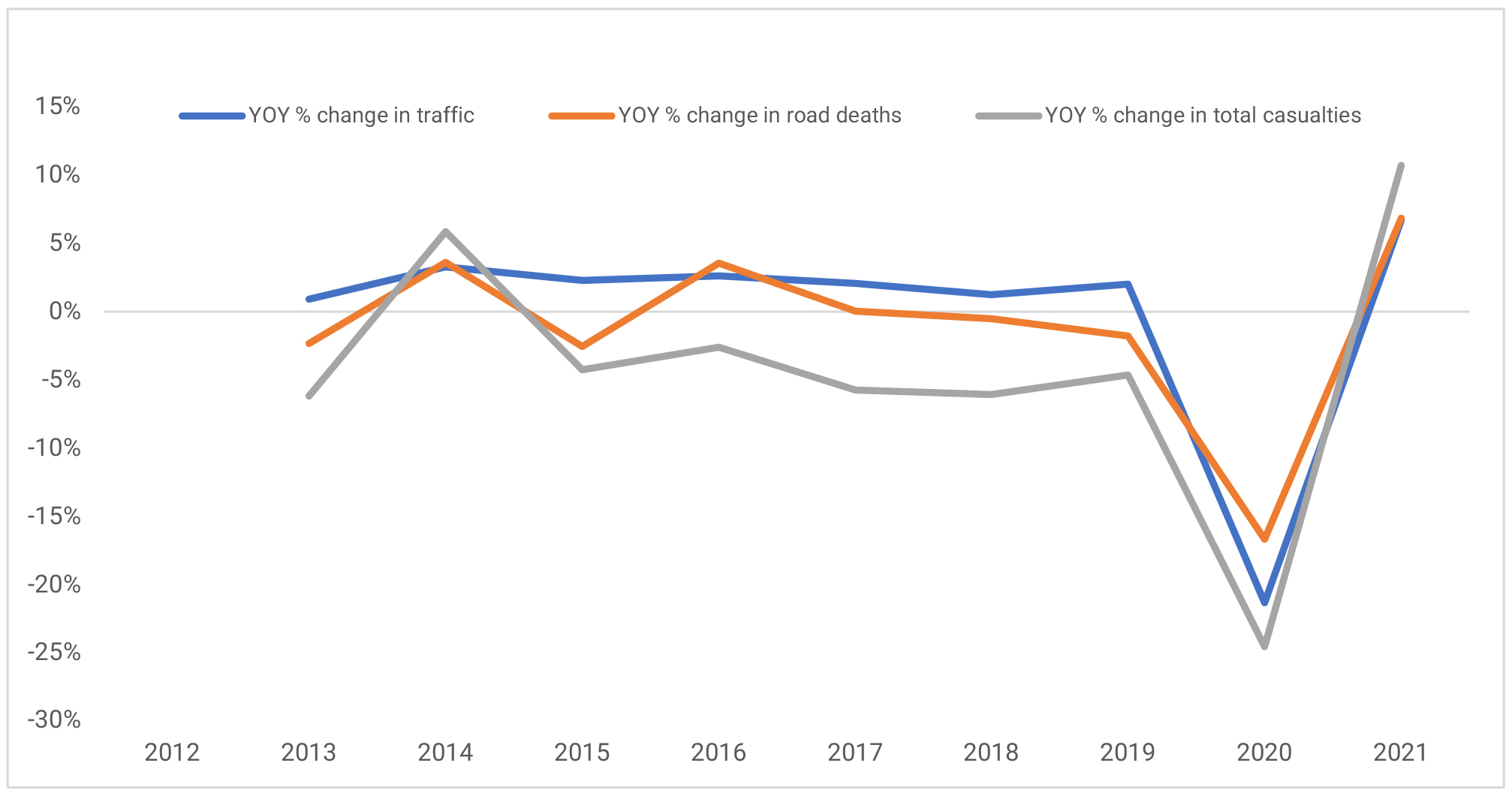 The increase in the number of seriously injured road users during the same period was even more alarming, with a 14% rise in 2021 to 25,739. Given those figures, it was no surprise to see the overall casualty numbers go up by 11%, to 127,967.

But by far the starkest rise in the first year post-covid was among ‘other vehicle occupants’ – the category which includes e-scooters, as well as any previously misclassified vehicle type. This saw a 194% increase in fatalities, and a 116% increase in overall casualties.

The pandemic gave leaders in many sectors an opportunity to stop, think and plan for fresh approaches once society reopened again.

“The potential threats that we have written about previously are now turning into actual threats – and nowhere more so than with e-scooters.”

Our roads became eerily quiet for several months and we were given the moment of peace that we have craved for a long time. We had a real opportunity to use the pause to plan a better future. How have we used it?

At DriveTech we worked with the Police Foundation to try and take stock – to take a fresh look at the future of roads safety and roads policing. This work resulted in the publication of The Future of Roads Policing report, key findings from which were discussed by Police Foundation Director Rick Muir in an article for Policing Insight.

The research in the report chimes with the national figures:

And as our progress falters, the human cost of tragedy on our roads remains huge. Every day, an average of five people are killed and 68 seriously injured on the UK’s roads; that’s the equivalent of a fully loaded jumbo jet perishing every three months.

We believe that it would be a terrible waste to let these practical yet ambitious recommendations gather dust on a bookshelf.

“Those wishing to play that seriousness down persisted in likening a lockdown breach notice to a speeding ticket – with the implicit message that it was a trivial inconvenience rather than a formal and serious expression of unacceptable and dangerous behaviour.”

Having road safety in the Strategic Policing Requirement, developing a national Roads Policing Secretariat, and rolling out ‘Vision Zero’ nationally would have a significant impact – as would the appointment of a Road Safety Commissioner.

Looking further ahead, we would be delighted to support the creation of a multi-agency entity to take a long-term view of emerging threats, doing for road safety what the Scientific Advisory Group for Emergencies (SAGE) does for public health.

But if the road safety community is to achieve the sort of success spelled out in our report, we’ll need to provide a lot of the requisite leadership ourselves, as this ongoing tragedy continues to be played down.

Most recently, in the parliamentary debate about fixed penalty notices being issued to politicians and senior civil servants, much was made of the actual seriousness of the fact of receiving a notice.

Those wishing to play that seriousness down persisted in likening a lockdown breach notice to a speeding ticket – with the implicit message that it was a trivial inconvenience rather than a formal and serious expression of unacceptable and dangerous behaviour.

This attitude to road safety is neither new nor surprising but it is undoubtedly one of the factors that lies behind our faltering progress.

The pandemic gave us an opportunity to rethink and reset. The Police Foundation report took that opportunity and spelled out a practical road map towards making real progress to reduce casualties. Now we need to work together to deliver the change we need to see.


Back to news and resources

Contact us now and see how we can help you